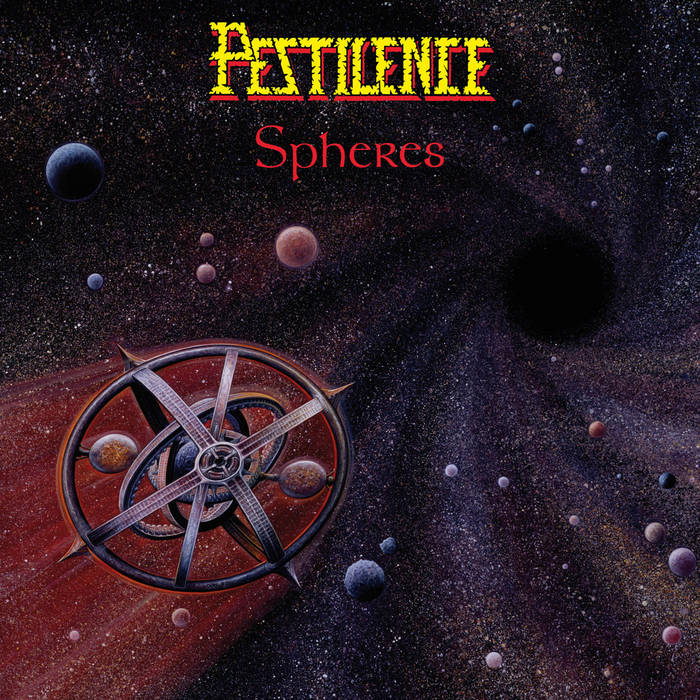 fyeahmetal If this album came out today, it would have an enthusiastic and large audience with its skewed tonalities and progressive bent. There is a lot of Allan Holdsworth influence here. It's too bad that the death metal scene back then was more conservative and rejected this album. I wish Pestilence had continued on this path, because it's full of possibilities. Instead, the current-day Pestilence is boxed in by fans just wanting the OSDM sound. Favorite track: Multiple Beings.

Michał Rz Feluś I'm getting my teenage years back when listen to this. Before I learned music theory, "Spheres" was something fresh and exciting for me and now when I know this and that, practicing scales and shit, this is still something very very fresh.

RICHARD ALMASI My teenage self was challenged by this album back in 1993, it was so different from the more orthodox death metal I was accustomed to. The music stuck with me though, and today I can say that this is very much my favourite death metal album. It's timeless. Favorite track: Personal Energy.

xCHICKEN SANDWICHx This is my favorite death metal of all time. Spheres takes the intense '90s tech death workout of Atheist and Sadist, and mashes it with a distinctly cosmic and near-Lovecraftian mystique. It is with great joy that I purchase this album for a third time. Favorite track: Multiple Beings.

Jason Muxlow Loved it when it came out, loved it through the years, love it now. Love seeing it get some well-deserved and LONG OVERDUE respect, attention and recognition as a masterpiece of death metal weirdness. MANDATORY. Thank you, Hammerheart!

Nick Padovani This album is an underrated classic. So unique and ahead of its time, and still stands the test of time in my opinion. Favorite track: Mind Reflections.

“Spheres”, the fourth and final album by the original lineup of Dutch death metal legends Pestilence, is one of the most criminally misunderstood and underrated albums in the history of (extreme) metal. Largely reviled at the time of release, the bad reaction was demoralizing enough for mainman Patrick Mameli to split up the band and keep it on ice for around fifteen years. In the typical fashion of idiot trendy music journalists and fickle metal listeners to not recognize something groundbreaking for what it is until well after the fact, “Spheres” has been given something of a critical re-appraisal the last few years. One could actually claim it is a a direct source of inspiration for many progressive extreme(r) Metal band these days.

The early 90s was a time of enormous change in death metal. The basic formula wasn’t cutting it anymore, and many bands began to branch out into strange new territories. Death did it, Atheist did it too. so did Cynic, and of course, so did Pestilence. 1991’s “Testimony of the Ancients” had already displayed a noticeable shift in style for the band. The songwriting became much more technical, and also more open to the use of textures and atmosphere. It was one of the most impressive albums of its era, yet the change wasn’t quite obvious enough to alienate hardcore death metal fans just yet.

Of course, 1993 was a prime year for groundbreaking death metal with albums such as Death’s “Individual Thought Patterns” and Cynic’s “Focus” blowing minds left and right we imagine. Although “Spheres” is not as stunningly intricate as either of those albums are, it is arguably the most unusual. The actual songwriting is largely quite straightforward, with basic and easy to follow layouts. The strangeness mainly comes from the bizarre riffing and Mameli’s ever more demented soloing, and the guitar synths.

This should have been the album to take Pestilence over the horizon, but sadly it wasn’t to be. The predictable reaction of a lot of the band’s fanbase saw to that. For many back then, Pestilence ended with “Spheres”, but this is an album that will give you endless enjoyment if you are open to it.