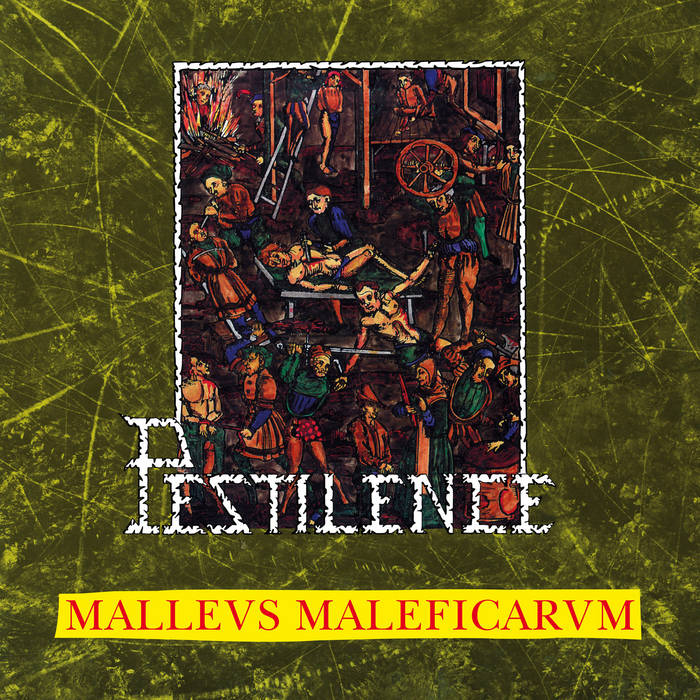 Televiper One of the greatest thrash records of the 80's. Am psyched for the demos attached as I've never heard them before. Favorite track: Commandments.

The Haunter of the Dark

One of the most violent thrash metal albums ever! Raging riffs, outraging drums, screaming solos and totally pissed vocals. Total aggression! Death metal wouldn’t sound like it does without that album.

Then the 10 tracks on this legendary album...

Let’s start with Side A: The opener “Malleus Maleficarum/Anthropomorphia” sets the tone and remains a classic to this day, with a switch after 50 seconds and then a full on thrash attack only comparable to the best and most intense moments on “Pleasure to Kill”. The mid-tempo part and the solo’s/leads are haunting still and hint at more melodies to come in the future. “Parricide” is brutal Thrash, surely echoing a bit of Slayer/Infernal Majesty as well, but just very intense and brutal. Next up is “Subordinate to the Domination”, another bulldozer song, that simply pounds you into ashes, very thrashy, but also brutal. As a short intermezzo we get “Extreme Unction”, which with it’s one and a half minute echoes a bit the crossover/thrash metal attitude of the late 80’s, and it is in its intensity and compactness a strange, yet fitting track that leads us to the closing song on Side A of the LP (yep, bands did think on closers on album sides when vinyl was the standard)... “Commandments” that is, starting with its acoustic intro, fully bursting out after 35 seconds into one of the standout songs of this album, to some possibly the best song on the album (who am I to disagree) because it is one of those brutal thrash songs that is among the best ever recorded, and a song that everyone knew back then, because of the “Stars on Thrash” compilation.

Side B opens with “Chemotherapy”, another classic Pestilence song, reminding of Kreator’s most brutal moments, with all the trademarks in one song, speed, brutality, solo’s, mid tempo part... just excellence through out. “Bacterial Surgery” is next, another thrash song most other bands would die for, and so intense and ripping it shreds your ears still. More old school thrashing is “Cycle of Existence”, not the most brutal song, not the longest, but still a killer one. To breath life into the final song and to catch your breath after the first three tracks on side B we get “Osculum Infame”, a haunting intermezzo that might be seen as a first indication of things to show up frequently years later on “Testimony of the Ancients”. Closer “Systematic Instruction” finishes the album in style, fast, intense and brutal, with its reverse ending!

Personally I dare say that “Malleus Maleficarum” is the best Dutch thrash metal album ever released. Aside of “Osculum Infame” and the short introductions for some of the songs it is a full on attack, full of AAA-quality riffs, full of fantastic solo’s, throat-gripping vocals, maniacal drumming...simply a brutal Thrash Metal album that deserves 10 of 10 rating and is up there with classics as “Pleasure to Kill”, “Beneath the Remains” and “None Shall Defy”!

Khruangbin and Greg Foat stop by with their amazing new LPs.